No Person Left Behind

There's a modest little show called No Child ... currently playing in Greenwich Village -- modest in its production values, which consist of a stage, a gloriously talented actress, three chairs and a mop. It's anything but modest in its eloquence, passion, insight and reach: this edition of the show has just been extended and it's toured all over the country since its premiere in 2007.

The actress (and writer) in question is Nilaja Sun and she has created a classic teacher tale from her own experience as a visiting teaching artist in New York City schools. There is the initial idealism and apprehension, the difficulty getting through to the kids at the tough high school, the despair, the perseverance and at the end, hard redemption won by the kids themselves and their teacher. 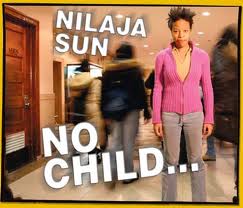 The story is framed by the school janitor, played by Sun, who also plays herself as the visiting teacher hired for six weeks to involve the students at Malcolm X High School in the Bronx in the theater arts on the principle, of course, that this will make them better students and better people. "Ms. Sun" has decided to cast the students in a production of Our Country's Good, a play by Timberlake Wertenbaker based on Thomas Keneally's novel about a group of 18th century convicts in Australia who stage a play.

Sun, a wiry, exuberant rocket of energy, also gives us the anxious Asian teacher who begins the school year, the stentorian Russian teacher who takes over halfway through and all the students - the girls with attitude, the Hispanic kid, the kid who says his lines as if he has marbles in his mouth, the African-American boy who gives Ms. Sun nothing but trouble until he turns up with his part memorized.

Sun's portrayal of the teaching artist's low point is very effective. She questions why she, an African-American teacher, chose a play about convicts and laments, "I can't even help my own people. We are getting these kids ready for jail." Opening night arrives, the show isn't perfect, but the janitor comments, "I never seen them kids shine like they did tonight."

The play's title refers to the No Child Left Behind education law, with its emphasis on testing and accountability, and gently makes the point that that arts produce results that are deep and lasting, but can't necessarily  be reduced to a score or a number. This is theater for life.
Posted by Solange De Santis at 10:36 PM