A "Fair Lady" for all generations

We had cameras, of course, in 1961 but not cellphones so there is no selfie of a woman and a seven-year-old girl outside Broadway's Mark Hellinger Theater just before a matinee of My Fair Lady. 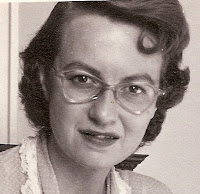 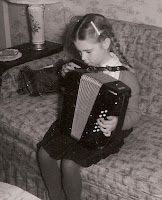 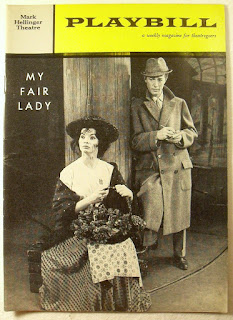 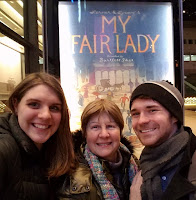 It was my first Broadway show. Fifty-eight years later, My Fair Lady was a young man's first Broadway musical - a time-spanning dose of historic theater magic that brought generations together.

Before My Fair Lady, Mom had taken me and my little brother to a couple of local shows in Queens, but Broadway involved dressing up and taking the subway into "New York" (Manhattan) - an intensely exciting process.

Theater-going (and theatrical personalities) run in my family. In the Depression, my mom (who would later become a fashion writer) and her sister would buy $1.00 balcony seats and have $1.00 spaghetti dinners at Sardi's. They saw such luminaries as Laurence Olivier and Katharine Cornell.

Last weekend, I filled in the young man (Ryan) on the plot of Pygmalion, the Shaw play on which My Fair Lady is based, (leaving room for suspense), and I'm pretty sure my mom (Florence) would have done the same, being a natural teacher. Florence's granddaughter (Flo), also in the selfie, has been to considerably more shows, beginning with The Lion King.

My Fair Lady opened in 1956 and was an instant, gigantic hit. The story of Eliza the Cockney flower girl transformed into "a lady" by phonetics professor Henry Higgins along with Frederick Loewe's music, Alan Jay Lerner's lyrics, Moss Hart's direction, Rex Harrison as Higgins, Julie Andrews as Eliza, made it the toughest ticket on Broadway for years.

By 1961, the principals were played by suave British actor Michael Allinson and the first American to play Eliza, the charming Margot Moser, who is still alive. The show was at the magnificent Mark Hellinger Theater, with its soaring golden lobby and rococo interior. I absorbed the chatty hubbub in the lobby, the walk to our seats, the darkening auditorium and then - those slashing eight notes that start the overture.

I was thrilled and seduced by that masterpiece of a score, from "Wouldn't It Be Loverly" through to "The Rain in Spain" and "With a Little Bit of Luck." That afternoon began a lifelong love affair with the theater.

Today, Lincoln Center Theater uses a proper 30-piece orchestra, conducted by Ted Sperling, and Flo and Ryan felt the same excitement: "That's the overture, Ryan." As the violins swept into the melody from "I Could Have Danced All Night," I was overcome by memory and emotion.
Harry Hadden-Paton and Laura Benanti were our Higgins and Eliza, and my appreciation of their performances changed throughout the show. They are closer in age (both in their late 30s) than the characters Shaw wrote (Higgins is in his 40s and Eliza is 20, as were Harrison and Andrews), which meant that the lovely Benanti and her glorious soprano came across as very much a woman, not a girl, as she is referred to in the script.

I missed the older/younger dynamic, but this Fair Lady focuses on Eliza's discovery of her own strength and self-reliance. I thought Hadden-Paton might be too handsome and "nice," but he found Higgins' edge and delivered an intense "I've Grown Accustomed to Her Face" at the end that showed a man falling apart as he realizes the depth of his feelings for a woman.

Both of the principals brought fire to Eliza's declaration of independence ("Without You,") and a scene of intellectual jousting over how they can possibly relate to each other now that they are on more-equal terms.

I particularly enjoyed Allan Corduner's warm, kind Colonel Pickering and Linda Mugleston's steel-spined Scottish Mrs. Pearce. The great Rosemary Harris, at 91, gave us a Mrs. Higgins (Henry's mother) of grace and wisdom. Danny Burstein was the force of life itself as Alfred P. Doolittle, Eliza's father -- a sly street philosopher who undergoes his own transformation when he gets an unexpected windfall.

Christopher Gatelli's choreography shone during Alfred's send-off into marriage. "Get Me to the Church on Time" was a rousing music-hall number and such a delightful riot that such odd directorial touches as can-can girls and a cross-dressing bride simply seemed part of the joyful ruckus. Ryan particularly liked this number.

Our post-show discussion focused on Sher's change in the the always-problematic ending and the question of whether Eliza comes back to Higgins. Flo wondered whether the final scene in Higgins' study actually took place in his imagination - an unusual, but valid, interpretation. I thought the ending was illogical, but perhaps symbolic. Ryan felt the show wanted to end on a message of Eliza's empowerment but still wanted to have a final send-off between the two characters. He also noticed how Sher's blocking (stage movement) had the two circling each other in their final scene.

We talked about Shaw's ideas about class and society, about how men and women get on with each other - and about how it was all set on a brilliant comedy-drama and glorious songs.

If you don't "get" theater, you don't understand how something called "a show" can actually be life-changing, but My Fair Lady is one of those shows. There are reminiscences all over the Internet about its effect.

It's the perfect "first time," with the potential to light up the mind and heart for a lifetime. The theater gods -- as they do -- arranged everything abso-bloomin'-lutely perfectly.
Posted by Solange De Santis at 10:55 PM No comments: