Only one face in the mirror

Thank goodness for the non-profit Broadway theater, specifically the Roundabout Theatre, currently producing the musical Violet, which has had an off-Broadway history, but might be a tough sell to a commercial Broadway producer.

"See, it's about a girl with a terrible facial scar caused by an accident with an axe when she was a kid. So she journeys by bus from South Carolina to Oklahoma to see a faith healer and along the way, she hooks up with two soldiers, one black and one white. Oh, and it's set in 1964." Not exactly Aladdin.

However, it's one of the most compelling shows running today near the lights of Times Square and cast an emotional spell over this theatergoer, not least because it personally hit home.

As Violet, Sutton Foster plays the role without special makeup, her hair long and lanky. Dressed in a shapeless long dress and baggy sweater, Foster suggests the damage the scar has done by her body's attitude, which sometimes slumps with the hopelessness of a woman who never feels attractive, and her manner - wary, straightforward and never flirtatious.

Based on the story "The Ugliest Pilgrim" by Doris Betts, Jeanine Tesori's music and Brian Crawley's book and lyrics premiered in 1997 at Playwrights Horizons. I'd be willing to bet that its final arrival on Broadway is in no small measure due to the presence of Foster, who is usually seen tapping and singing up a storm in such musical comedies as The Drowsy Chaperone and Anything Goes.

Here, Foster inhabits a woman as real and full as any character by O'Neill or Williams -- and her bright mezzo soprano easily navigates Tesori's wide range of American musical styles, from blues to country, gospel to bluegrass.


I've seldom seen a cast where the principal players are so strong, they could each be the stars of the show.The story alternates between the present and Violet's backwoods upbringing with her dad, a man faced with a parent’s terrible realization that he tried strenuously hard to protect his daughter but grievously injured her. The role is intensely played by Alexander Gemignani. Joshua Henry brings his incandescent presence to Flick, one of the soldiers, although his belting power on his big number, "Let It Sing," momentarily overwhelms the show.

Colin Donnell as the other solider, Monty, nails his slick, cheerful nature and develops it into authentic feeling for Violet. The show never plays the Southern environment for cheap laughs and as the faith healer, Ben Davis never slides into caricature. What a delightful surprise to find Annie Golden (whom I interviewed in the 1970s when she led a rock band named the Shirts) creating gem-like moments as an Old Lady (hey, she's only 63) and Hotel Hooker. As Young Violet, Emerson Steele reminded me of another sensitive, wide-eyed child, Scout in To Kill a Mockingbird.

Director Leigh Silverman gracefully moves the characters through the chapters of their lives, often placing Violet center stage. Living with a face that causes such reactions as “maybe you’d like to have a booth” from a diner manager and stares from a bus driver, Violet comes to realize that the miracle she seeks will have to come from within her.

She is also made aware that she's not the only person who is being judged on appearance, as Flick navigates life as a black man in the South.

We all have to decide how we will face the world but some have less choice than others. As a quick glance to the right of this blog post will show, the blogger maintains an interesting hair-free style, in this case due to the autoimmune condition (a word preferred to "disease") alopecia areata.

There are stares, thoughtless remarks ("Do you own a wig?"), unsolicited offers of prayer, inquiries about how the chemotherapy is going (it's not cancer), occasional creepy approaches ("I want to touch your head") and never a day when one is unaware of it.

Because the cause is yet unknown and there is no cure or viable treatment, people with alopecia try faith healing, aromatherapy, "stress reduction" -- all the things that rush in where science does not tread.

In the end, there's only one face in the mirror (one song is called "Look at Me") and you just have to go to the well (another - "Water in the Well") time and again, seeking the balance between looking out and looking in, judging how much of your authentic self lies on the outside.
Posted by Solange De Santis at 6:14 PM No comments:

A "gentleman's" musical to die for

Take a cup of Gilbert & Sullivan, sprinkle with a generous helping of Sweeney Todd, stir in a pound of Edwardian music hall and decorate with the words "farce" and "melodrama" -- and you'll have the ingenious musical A Gentleman's Guide to Love and Murder. Our trip to the Walter Kerr Theater on Broadway was prompted a couple of nights ago by a special 60th birthday celebration.

The show is something of a sleeper hit this season. Bumping along since its November opening with fine reviews and medium box office, it was overshadowed by flashier shows with big stars (Denzel Washington in A Raisin in the Sun, for instance). Then Gentleman's Guide grabbed 10 Tony nominations including best musical, edging out such contenders as Woody Allen's Bullets Over Broadway, If/Then and The Bridges of Madison County.

Composer Steven Lutvak and book writer Robert L. Freedman (they're also both credited with lyrics) have taken the obscure 1907 novel Israel Rank: the Autobiography of a Criminal, by Roy Horniman (also the basis for the Alec Guinness movie Kind Hearts and Coronets), and created a gleeful caper through the mind of a serial killer.

Unlike Sweeney Todd, the victims are dispatched with such comic dispatch that laughter replaces squeamishness.

The killer in question is an attractive young man named Monty Navarro (Bryce Pinkham) who discovers that he is a member of the aristocratic D'Ysquith (pronounced die'-squith) family and stands to inherit a title and castle, if only eight relatives pop off first.

Eager to secure the love of his social-climbing lady, Sibella (Lisa O'Hare), and outraged by the injustice done his late mother, a D'Ysquith disinherited for marrying "a Castilian," Monty begins hunting heirs.

He discovers they all represent varying examples of the fatuous, idiotic and possibly inbred British aristocracy -- and they are all played by a walking actor's textbook named Jefferson Mays, who won a Tony award in 2004 for playing 30+ characters in the play I Am My Own Wife.

Further complications include a sweet distant relative, Phoebe D'Ysquith (Lauren Worsham) who is not in the line of succession, thank goodness, and becomes Monty's fiancée. Special mention also has to go to Jane Carr, who plays Miss Shingle, one of those middle-aged busybodies who kicks off the action by revealing the family secret to the hero and ends it when it becomes apparent she has a secret, too.

The framing device has Monty sitting in jail writing his memoirs, having been accused of one of the murders. Cleverly, the action takes place on a red-curtained music-hall stage within the stage. Director Darko Tresnjak (making his Broadway debut) and choreographer Peggy Hickey maintain an arch style, a rapid tempo perfect for the material, stylized movement and physical comedy.

Among the family members played by Mays are the bucktoothed Rev. Lord Ezekial D'Ysquith (and those of us of an Episcopal/Anglican bent will recognize with slight chagrin the tedious clergyman pointing out the historical characteristics of the steeple), the kindly top-hatted Lord Asquith D'Ysquith, Sr., the hearty world do-gooder Lady Hyacinth D'Ysquith ("We'll find ourselves some lepers in the Punjab") and obtuse Lord Adalbert D'Ysquith, forever riding to hounds.

The latter, sporting red hunting jacket, riding crop and fox pelt, delivers one of the songs that could be pure Gilbert & Sullivan: "I Don't Understand the Poor."

"I don't understand the poor.
And they're constantly turning out more.
Every festering slum in Christendom
Is disgorging its young by the score."

One of the joys of Gentleman's Guide is hearing possibly the wittiest lyrics on Broadway set to sprightly melodies (I've still got "I've Decided to Marry You" in my head, as sung by Phoebe, Sibella and Monty).

O'Hare and Worsham's rivalry is worthy of Cecily and Gwendolyn in The Importance of Being Earnest, and their lovely soprano voices deliver the songs in pure brittle Victorian style.

In this gloriously giddy show, murder most foul has never been more fun. 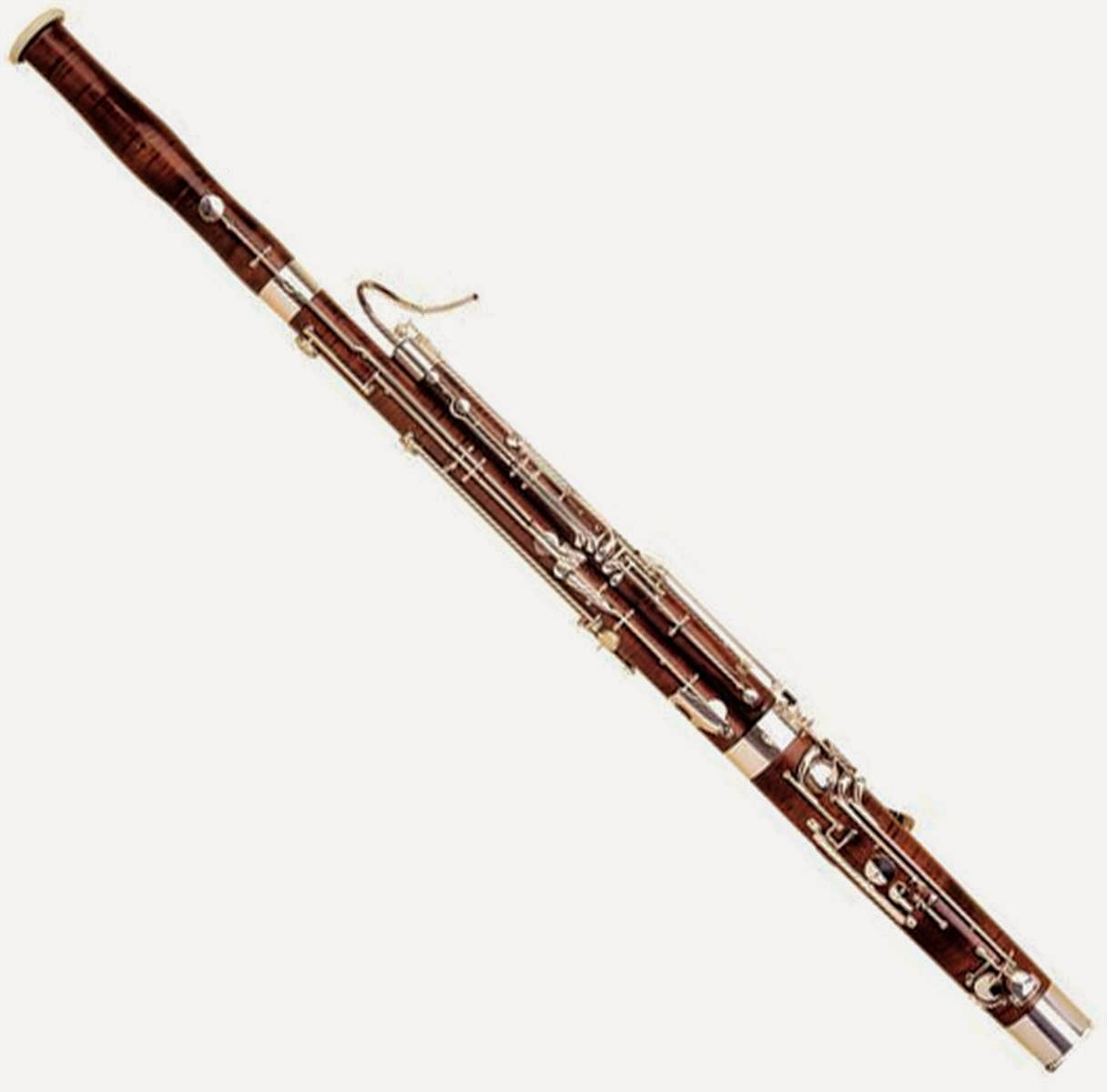 A lovely measure of the evening's joy was provided by our friend Tom Sefcovic, who plays bassoon in the show's pit orchestra and who kindly gave us a backstage tour after the show.

"I've never actually seen the show," Tom said as we peered into his subterranean domain between the first row of seats and the stage. Here, the musicians are nearly hidden by a passerelle, a stage extension that covers the pit but has a couple of large openings that allow the music to be heard.

A large portion of my 60 years had passed before I was even aware of the bassoon in any significant way apart from being an audience member at a symphony concert. As a player, piano's my voice. But in the last couple of years, some wrinkle occurred in the universe and I've made the acquaintance of at least three bassoonists and begun to appreciate this shy member of the orchestra.

At first, I really had to listen to distinguish its sweet, low tones, so often bullied by the brass, other woodwinds and the always-assertive string sections. Then, of course, I recognized it as "that sound" I'd heard in solos from Scheherazade to Bolero to Peter and the Wolf.

However, at Gentleman's Guide, with a 13-piece orchestra, I picked out Tom's playing more clearly. The instrument's four-octave range allowed it to punctuate comic moments with deep belchy outbursts. Higher notes often delightfully accented the comedic action and created such effects as the exotic sounds associated with scenes in Egypt or India.

And a little Web support to ... Tom also plays in the Orchestra of St. Luke's and the Mostly Mozart Festival Orchestra. Another bassoonist friend, Mary Olsson, plays in St. Thomas Orchestra. And another website, possibly containing more than you'd ever want to know about the bassoon, but written by someone with an infectious passion for the instrument, is this one by bassoonist, repair mechanic and master craftsman Nicholas Evans: http://evansbassoon.com/.
Posted by Solange De Santis at 8:39 AM No comments: