A quick stay in London and a stop with the 16-year-old (Flo) and her 18-year-old best guy friend (Max) to see another production by the Punchdrunk Theatre Company -- The Drowned Man:A Hollywood Fable.

Last December, we'd seen Punchdrunk's Sleep No More in New York and were wildly enthusiastic (as you can read here) about it. This time, Max and I had a more tepid reaction, while Flo had a better experience, which is a kind of validation of Punchdrunk's approach.

Like last time, we audience members were masked and followed various story lines throughout a large building (an unused mail sorting facility) decorated according to the story setting. This one was the fictional Temple Studios, a film facility that mysteriously closed in the early 1960s.

We were handed cards with storylines involving two couples plagued by infidelity - in one, the man kills the woman, in the other, it's the opposite. Our group of three split up and we each witnessed scenes that were generally wordless, using dance and atmospheric music to play out the deadly shadowbox of love, lust, jealousy and fame-chasing.

Later, at a pub, Max and I said we thought Sleep No More, based primarily on Macbeth, was more effective -- more variety in the scenes, a stronger sense of plot, better identification of the characters, less confusion for the audience.

But Flo, while agreeing that character identification could have been better, had seen some scenes we had missed and had a much more positive view of the production.

A universe of grace

It's spring dance recital time again. The following was originally published in the Toronto Globe and Mail newspaper:

At first, to my shame, I thought it was a joke.

I was sitting in a high school auditorium on a Saturday morning with a cup of takeout coffee and the newspaper, half-watching as one class after another of little girls pranced around on stage, rehearsing their ballet, tap or jazz routines for the yearend dance recital a week hence. Waiting for the caffeine to kick in, I glanced at my watch, waiting for my daughter's group to appear.

Then, amidst the swirl of sparkly white tutus and pink satin hair scrunchies, a class of about eight girls entered from stage left dressed as nuns. The costumes were quite clever – black tights, black habits ending at the knees, black wimples with white inserts on the foreheads – and one of them was pushing another in a wheelchair. “Oh, how amusing; she’s going to hop up and dance at some point,” I thought. A split second and I realized she really was a kid in a wheelchair. 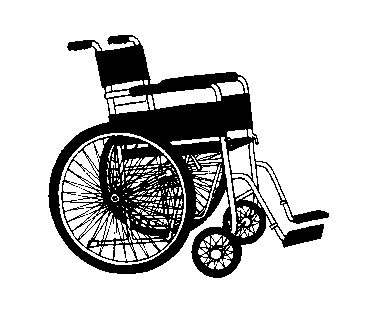 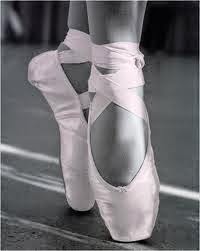 The music started and, again, it was fun – the old Little Peggy March hit "I Will Follow Him," an ode to a boyfriend given a new twist by the good “sisters,” similar to the number in the film Sister Act. The choreography was a little bit ballet, a little bit Broadway, but not disrespectful of anything, sincerely performed with just a twinkle in the eye.

Of course, the kid I couldn’t take my eyes off was the one in the wheelchair. She seemed to have a normal-sized torso (the girls looked to be around 11 or 12) and clearly was of normal intelligence (you could see it in her face), but her legs had not grown and were tiny things in her chair.

How could this be, in a dance class? Even in an age of wheelchair basketball, Paralympics and access ramps, what I was seeing exploded any conventional idea of what a dance class is or should be. I couldn’t imagine such a kid participating when I took ballet lessons as a child in the early 1960s. I don’t think it would have occurred to anyone and if it did occur to the parents, they probably would have been discouraged, been told it just “wasn’t appropriate” or would “hold the other kids back” or, worse, “hold the poor child up to ridicule.”

The newspaper forgotten, I watched in wonder. When the girls did arm movements, she moved her arms with theirs. They delicately folded hands over hearts on the line “I will follow him;” she did the same. They did an arabesque, one arm reaching heavenward, the other back and down, on “wherever he may be;” she did also. When their line turned, she turned her chair.

They moved toward the center of the stage; she wheeled to be with them. They treated her no differently and gave no sign there was anything unusual about their group.

Since I’m a journalist, I thought about how I would report it as a newspaper story. I would have done the usual things. I would have talked to the kid in the wheelchair, made sure of the correct spelling of her name, the exact term for her disorder. I would have talked to her about what it felt like to be onstage, about whose idea it was for her to join a dance class, how the experience was going for her.

But I didn’t. I was content to let it unfold, to experience the courage of the kid in the chair, the dignity of the entire group.

They ended downstage in typical Broadway pose, several down in front, the others ranged behind them, arms out. She wheeled her way into the finale, right on the beat, and it was over. Desultory applause from the parents scattered around the auditorium and off they went.

She wheeled herself offstage, leaving me to wonder how it is that we skim along in life unawares and suddenly in the midst of the most utterly ordinary event, there it is – a universe of love and mercy, a planet of grace and an expansion of all the possibilities of being human.
Posted by Solange De Santis at 9:39 AM No comments:

Armonk, N.Y.’s fledgling Broadway producers, Jed and Bronna Canaan, apparently still haven’t learned that if you’re going to invest in a show, you need to see the show first. For their second venture, Bullets Over Broadway, based on the Woody Allen movie, Jed saw a read-through of the musical, but only after parting with their funds.

However, this model seems to be working for them, as their first adventure in producing, Matilda, is a nightly sellout at the Shubert Theatre since opening last April. Bullets Over Broadway opens on April 10 and is currently in previews. While Matilda had already been playing in London before its Broadway opening, Bullets was developed in New York under the direction and choreography of five-time Tony-winner Susan Stroman.

It’s the story of young playwright David Shayne (played by Zach Braff) who hires a mobster’s actress girlfriend (Heléne York) in order to get financing for his play. He’s soon involved with alcoholic leading lady Helen Sinclair (Marin Mazzie, in the role for which Dianne Wiest won an Oscar) and finds Cheech the gangster (Nick Cordero) an unsung but talented writer.

For the rest of this story, please click here: AllAboutArmonk.
Posted by Solange De Santis at 3:15 PM No comments: